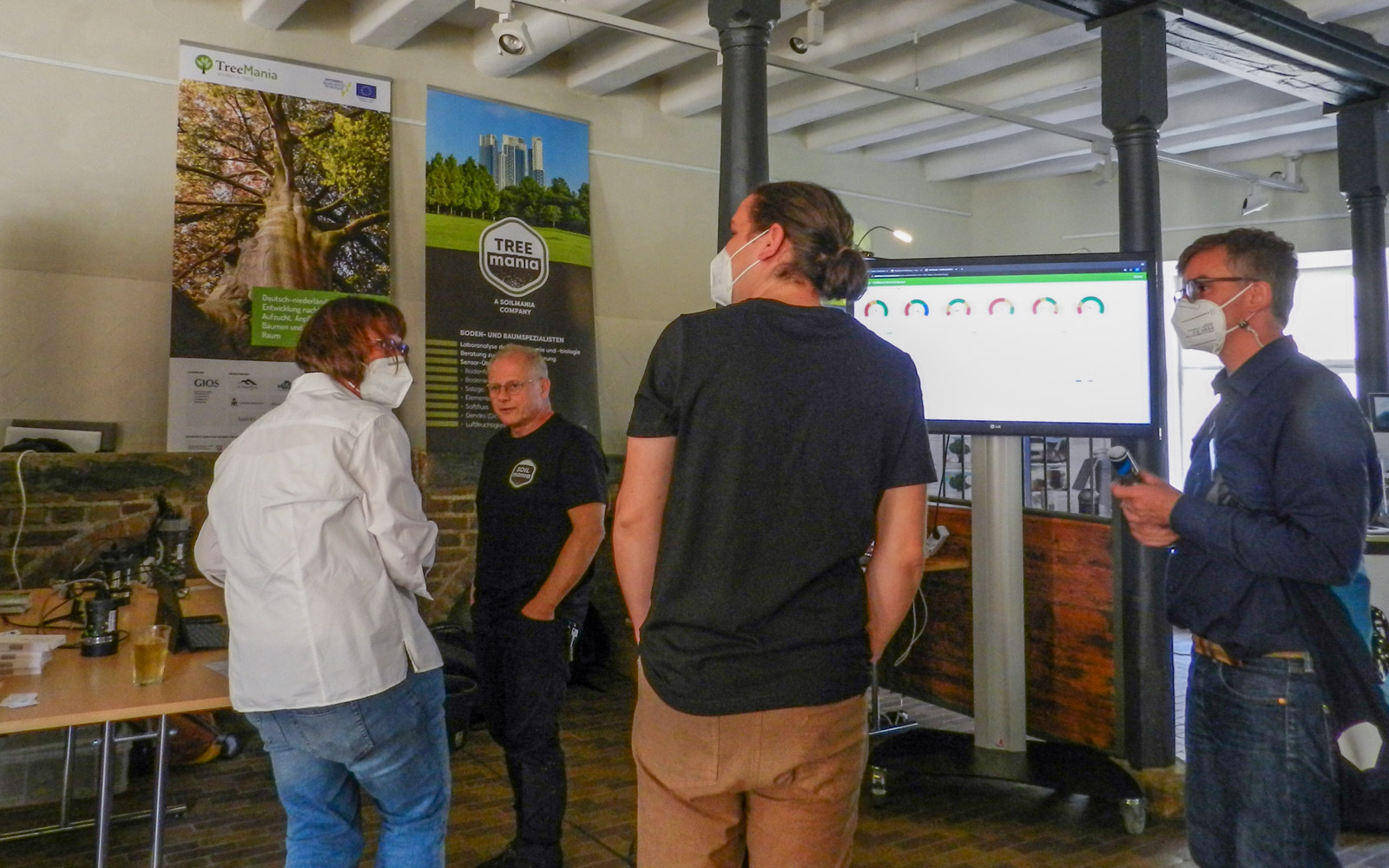 The concept developers from the TreeMania project (here Willy Detiger and Marco Kull, centre) showed their concepts, sensors and the developed dashboard to interested visitors

Four partners from the German-Dutch INTERREG project TreeMania were part of the annual “Baumpraxis” event at Schloss Dyck in Jüchen at the end of August. The one-day seminar, which was organised by the working group “Baum im Boden”, dealt this year with the topic “Wurzelraum”. In addition to four lectures by renowned experts, the approximately 150 visitors were able to visit a trade exhibition with about 15 stands, one of them from the TreeMania project.

In perfect weather, the English landscape garden of Schloss Dyck with its time-honoured arboretum provided the perfect ambience for the seminar and the exhibition. As a centre for garden art and landscape culture, Schloss Dyck with its historic park and beautiful ambience provided an ideal setting for the specialist event. Knowledge could thus be imparted to the trade visitors on site in close combination of theory and practice. 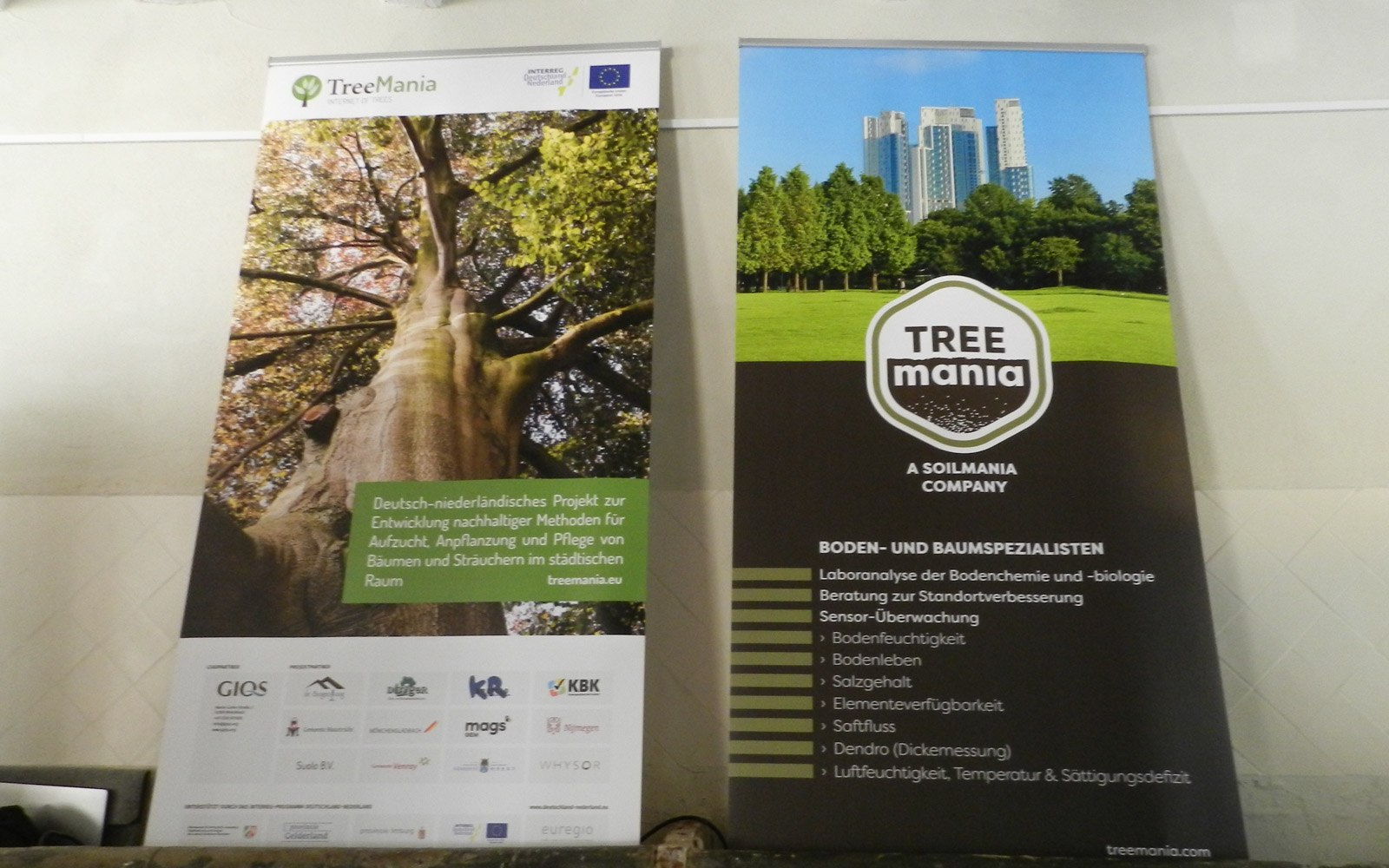 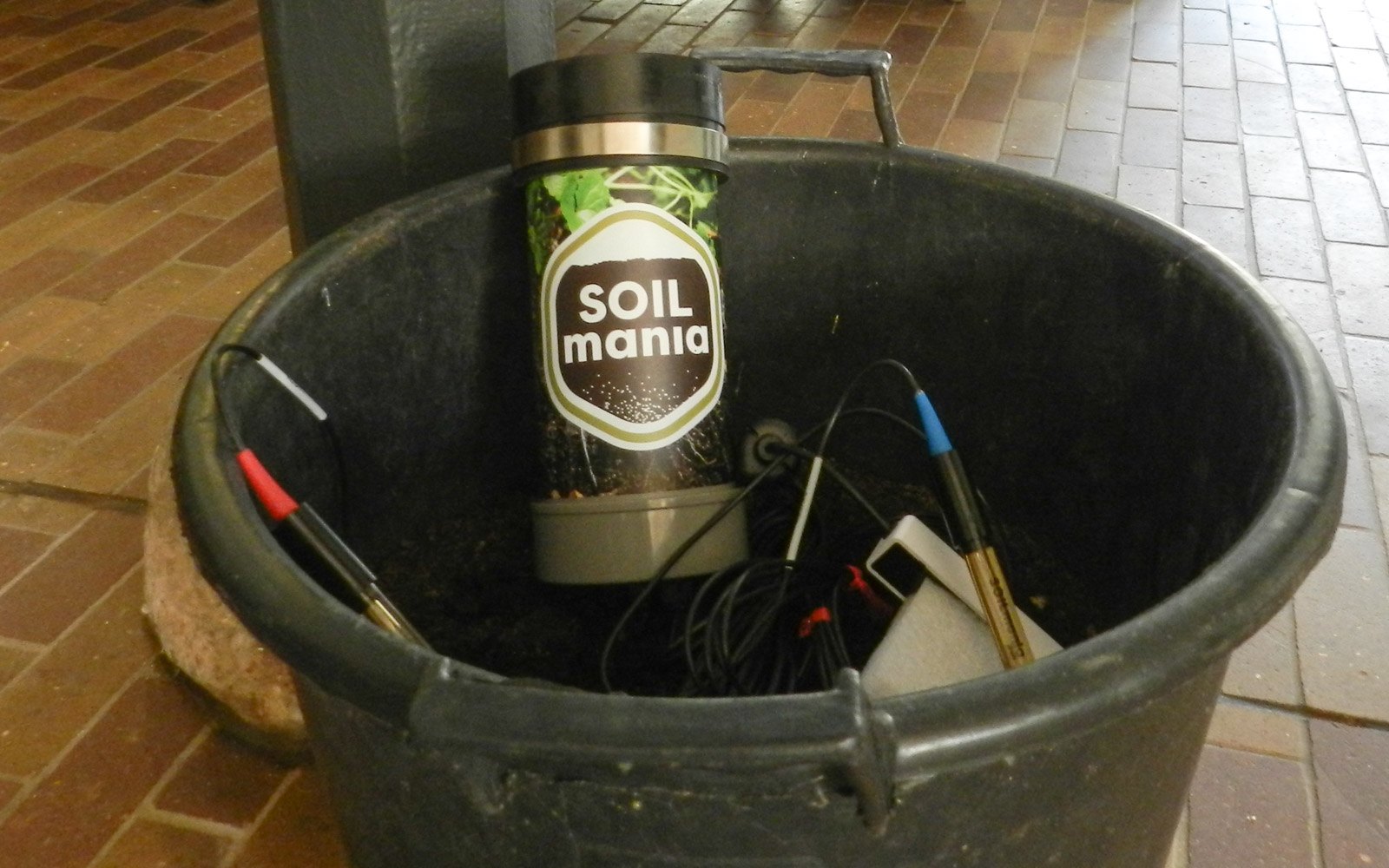 At the stand of the TreeMania project in the historic castle building, the concept developers were able to explain the project and its approaches to sensor monitoring of the soil and the analysis of soil chemistry and soil biology in the laboratory to various interested parties. Many visitors had specifically visited the TreeMania stand and had previously informed themselves about the range of activities of the concept developers on the internet. The TreeMania representatives were also able to pick up a lot of new information from the other exhibitors – for example new sap flow or pressure sensors that promise interesting application possibilities.

Already in a few weeks, the TreeMania team will take part in the “Deutsche Baumpflegetagen” in Augsburg on 21 September and then in the trade fair “Openbare Ruimte”, which will take place in Utrecht, the Netherlands, from 22 to 23 September.

TreeMania is implemented under the INTERREG V A programme Deutschland-Nederland and co-financed by the European Regional Development Fund (ERDF) and the Ministerium für Wirtschaft, Innovation, Digitalisierung und Energie NRW and and the provinces of Gelderland and Limburg. It is accompanied by the programme management of the euregio rijn-maas-noord..