At the beginning of July 2021, the Executive Board of the Euregio Rhein-Waal approved the project UNSER BODEN/ONZE BODEM as a Priority II framework project of the INTERREG V A programme with a budget of 50,000 euros. The project is coordinated by GIQS and includes the objective of carrying out practical tests for novel soil improvement measures. 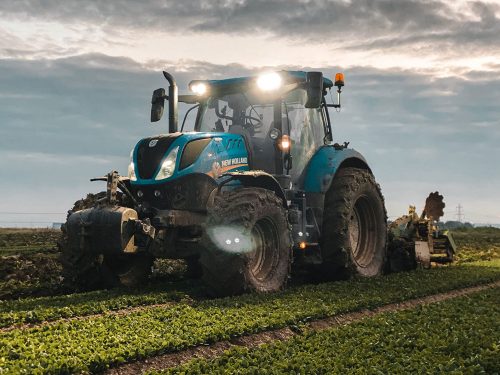 Almost all soils, whether in agriculture, in public green spaces or in nature, are currently degraded by nitrogen deposition, acidification and compaction. In agriculture, cultivation currently only takes place in the top 15 to 25 cm. Below this is a heavily compacted plough bottom. Agricultural crops therefore do not root deeper than this limited layer. They are mainly fed with a limited variety of directly absorbable minerals from artificial fertiliser or manure. This results in less resistant plants with greater susceptibility to diseases and pests. Crops grown in this way are also more susceptible to water shortages or surpluses. Both situations are becoming more common with climate change. Due to the high degree of soil compaction, there is hardly any gas exchange between the soil and the atmosphere, so that no soil life can develop. It is precisely the symbiosis between soil life and crops that is essential for healthy crops (both plants and trees).

This project is looking for a method to break the plough bottom once and in the whole field:

This allows the plants to root deeper (70 to 80 cm). And they have a greater variety of minerals and trace elements available, resulting in greater resilience and autoimmunity. Water can percolate better, is retained better and is also distributed more evenly over the soil. As a result, plants are much less sensitive to a lack or excess of water.

Deep-rooted plants bring soil life deeper into the soil. Dying roots also provide a higher organic matter content. Another phenomenon is that carbon is also stored deeper in the soil.

The full-scale soil improvement described above is intended as a one-time action. After that, the soil will normally continue to improve (regenerative agriculture).

In this project we want to clarify, through a series of limited field tests, which method is feasible (both practically and financially) to break the plough bottom:

The above methods should lead to a similar effect, but at a much lower cost. This makes it possible to treat large areas throughout the field.

Exodus is implemented under the INTERREG V A programme Deutschland-Nederland and co-financed by the European Regional Development Fund (ERDF). It is accompanied by the programme management of the Euregio Rhein-Waal.