The state of North Rhine-Westphalia has reached an agreement with other federal states to phase out the routine shortening of upper beaks in laying hens and fattening turkeys in conventional poultry farming by the end of 2016 if possible. Against this background, the State of North Rhine-Westphalia, representatives of the poultry industry and animal welfare organisations, as well as representatives of trade and industry, have agreed on the implementation of a scientifically accompanied pilot project in North Rhine-Westphalia within the framework of a joint declaration on the renunciation of the shortening of the beak in laying hens and turkeys, which will provide technical support for the phase-out scenario. 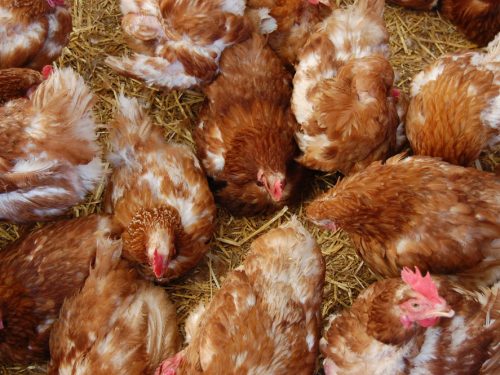 The “routine” shortening of the upper beaks of laying hens in conventional poultry farming is predominantly regarded as the most effective method against cannibalism and feather pecking in laying hens and is therefore used almost everywhere in Europe. Even though the beak shortening procedure itself is now carried out as animal-friendly as possible using the minimally invasive infrared method, it must nevertheless be viewed critically in terms of animal welfare, as it is legally an amputation. According to the provisions of the Animal Welfare Act, this may only take place in individual cases on the basis of an official exemption permit. Furthermore, this method does not claim to eliminate all multifactorial causes of cannibalism and feather picking in laying hens.

In conventional rearing and fattening of female and male turkeys, the upper beak of day-old chicks in the hatchery is shortened. The aim is to prevent or minimise severe damage to the animal and increased mortality from feather pecking and cannibalism. In Germany, beak shortening in day-old chicks is carried out by specially trained personnel in the hatchery using the infrared method. The infrared method is currently regarded as a bridge technology for beak treatment. However, the beak shortening procedure itself is an amputation which, according to the provisions of the Animal Welfare Act, may only be carried out in individual cases on the basis of an official exemption permit. There is therefore agreement that the goal of avoiding beak shortening should be pursued vigorously.

In April 2014, the Conference of Agriculture Ministers of the Federal Government and the States dealt with the “phasing out of beak shortening in laying hens by 2016”. North Rhine-Westphalia, together with the state of Lower Saxony and nine other states, has agreed to phase out the intervention at the end of 2016. North Rhine-Westphalia demands the same for turkeys. To this end, an “accompanied phase-out scenario” is intended, which should create the preconditions for no longer issuing official permits for beak shortening in poultry from the end of 2016 and thus being able to dispense with routine beak shortening in poultry.

The agricultural co-signatories of the NRW Declaration take note of this and nevertheless refer to the protocol declaration** to this declaration. Against this background they agree on the implementation of a scientifically accompanied project, which serves the technical support of the exit scenario. In North Rhine-Westphalia, the feeding aspect is to be examined within the framework of practical studies with accompanying scientific research in analogous application and based on the Lower Saxony “Recommendations for the prevention of feather pecking and cannibalism in young and laying hens” of 17 February 2015. This concerns metabolic processes associated with feeding.

In addition to the Ministerium für Klimaschutz, Umwelt, Landwirtschaft, Natur- und Verbraucherschutz of the State of North Rhine-Westphalia, the above-mentioned initiatives to avoid shortening the beak of laying hens and turkeys are supported by the following institutions:

* Dräger has developed a permanent ammonia sensor (Dräger Polytron 8000 with DrägerSensor® NH3 FL) which can be used to continuously measure ammonia concentrations in animal houses over several years. The ammonia measuring instruments are to be used in the project to monitor the harmful gas ammonia. Dräger intends to support the project by providing and installing eight ammonia meters on loan at selected participating farms.

** Protocol declaration by the poultry industry: The causalities leading to feather pecking and cannibalism are not fully understood. The events also differ considerably between the different poultry species and can be classified as multifactorial. It is not automatically possible to transfer the findings from the laying hen sector to turkeys. For example, the aggression behaviour of turkeys is naturally more pronounced than that of chickens. In a joint experiment by the Chambers of Agriculture of Lower Saxony and North Rhine-Westphalia (2011/2012), the loss rate was twice as high for cocks with uncut beaks as for turkeys with shortened beaks. Furthermore, a fourfold higher injury rate due to picking damage was observed in untreated animals. With the entry into force of the new “Bundeseinheitliche Eckwerte für eine Vereinbarung zur Haltung von Mastputen” in October 2013, management requirements, certificates of competence and the need for employment materials to prevent feather pecking and cannibalism were defined. At the heart of the new parameters is the “health control programme”, which collects data based on animal welfare indicators and assesses the risk situation at the workplace. Together with science, the factors triggering feather pecking and cannibalism are to be identified in order to be able to dispense with beak shortening in the future on this basis. According to current scientific knowledge, in addition to the factors of the husbandry environment and breeding, the feeding factor is attributed a considerable influence on the occurrence of feather pecking and cannibalism. 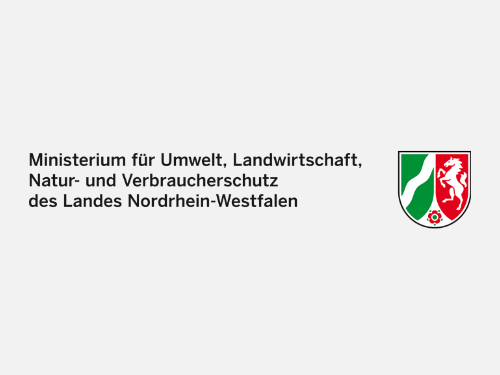