The outbreak of an epizootic disease always involves not only the mass killing of animals but also enormous economic damage for the affected farms. Past outbreaks have also shown that large sections of the population condemn the killing of animals as inappropriate, especially as, for reasons of effective control and containment, healthy animals must be culled as well as sick ones. As an alternative, however, animals not yet infected can be immunised in the vicinity of an epidemic using newly developed vaccines. The animals would thus be suitable for production and could be used. 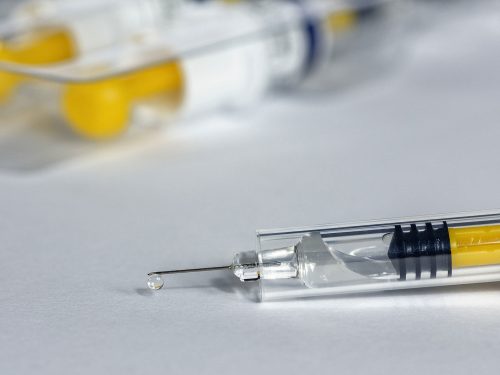 In practice, however, a different picture is currently emerging: since vaccinated animals and the resulting products must be labelled, farms and retailers fear stigmatisation of these meat products and serious economic disadvantages as a result of consumer rejection.

In addition, both meat and milk must be processed separately and must not enter the traditional flow of goods. The economic consequences of this must be borne by farmers and the subsequent stages of the chain, since the precautionary vaccination of animals is not recognised by the competent animal disease funds as a service to be compensated and is therefore not paid for.

The aim of this project initiative was therefore to better prepare livestock farmers from the German-Dutch border region for the possible consequences of using vaccines in the event of an animal epidemic. In this way, economic damage is to be averted from the region. In the project, the economic effects that can be caused by vaccination were first scientifically evaluated. An effective strategy was then developed for all stages of the chain so that in the event of a crisis, vaccination can be an attractive alternative from an economic point of view.

Besides GIQS e.V., the project partner was Wageningen University. In addition, various interest representatives of the LTO, DRV and WLV associations were involved in the project.

The porject Wirtschaftlich Impfen is implemented under the INTERREG V A programme Deutschland-Nederland and co-financed by the European Regional Development Fund (ERDF), the MWEIMH NRW and the provinces of Gelderland, Limburg and Noord-Brabant. It is accompanied by the programme management of the Euregio Rhein-Waal.