General Assembly: Handover in the Supervisory Board 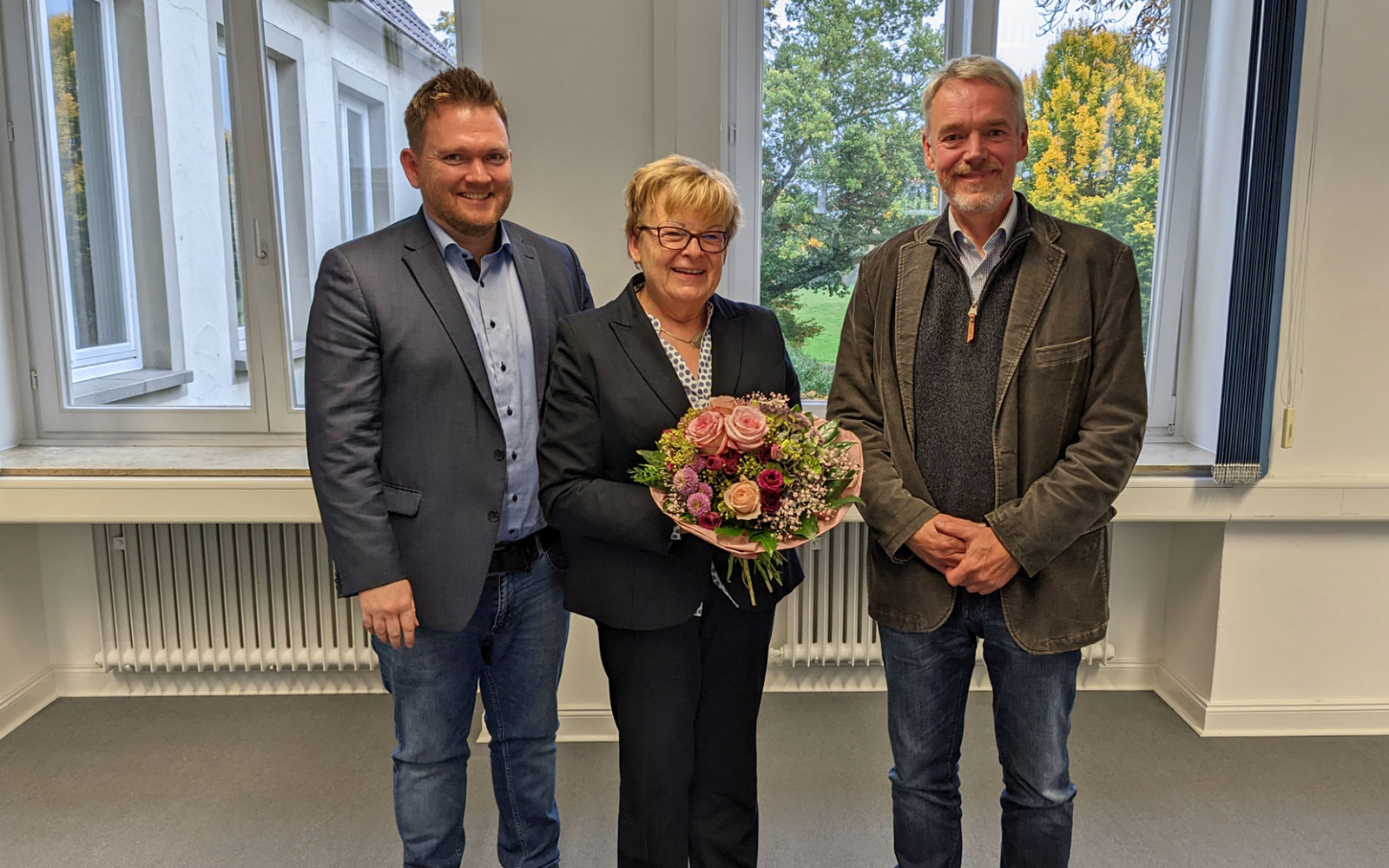 This year’s General Assembly of GIQS e.V. took place for the first time as a hybrid event after Corona-related online versions in the previous two years. Parts of the membership had come to the Versuchs- und Bildungszentrum Landwirtschaft Haus Düsse of the NRW Chamber of Agriculture in Bad Sassendorf to attend the event. Others joined digitally via video conference.

In the report of the board of directors, the two chairmen of the association, Dr. Oliver Breuer and Dr. Tim Mäkelburg, spoke about the activities of GIQS in the 2021 business year and current developments. They presented the ongoing and expired cross-border cooperation projects with GIQS as lead partner or partner. They also discussed applications for new projects in the Interreg VI A and German Innovation Partnership for Agriculture programmes and discussed further project ideas with the members. In the subsequent election, both Board members were confirmed in office.

The next item on the agenda, “Supervisory Board”, saw a generational change at the top of the supervisory body. Prof. Dr Brigitte Petersen, who had chaired the Supervisory Board since 2014, relinquished the chairmanship of the honorary supervisory body on her own initiative and handed it over to Prof. Dr Martin Hamer. Petersen praised Hamer’s willingness to take over the position as a “very good decision”. Petersen said that GIQS could benefit from Hamer’s wide-ranging expertise in the future, as he has been Managing Director of the International Centre for Sustainable Development (IZNE) and a lecturer on soils and biomass at the Bonn-Rhein-Sieg University of Applied Sciences (H-BRS) since 2014.

Martin Hamer himself expressed his gratitude for the appointment and spoke of a “great responsibility” that the new position gives him. GIQS Board Chairman Dr Oliver Breuer thanked both Supervisory Board members and particularly emphasised Brigitte Petersen’s many years of commitment to the association. She will remain a member of the four-member Supervisory Board, which also includes Dr. Helmut Saatkamp and Johan Zandbergen in addition to her and Martin Hamer, for the remainder of the election period.