In June 2018, the INTERREG/ERW Steering Committee approved the BEL AIR project with a budget of 2.6 million euros. The project is coordinated by lead partner GIQS and aims to reduce endotoxin emissions in and around poultry farms using innovative technologies. 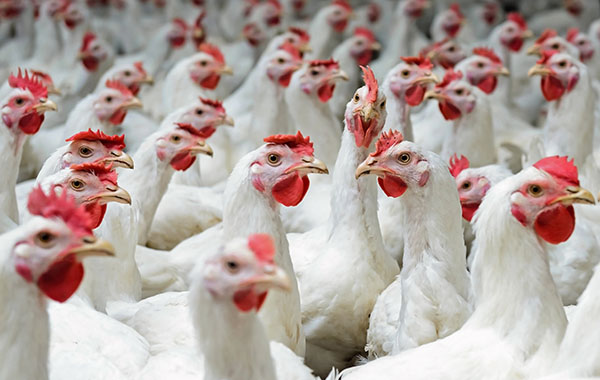 A healthier habitat in and around poultry farms should be created by the reduction of endotoxins in the air. Endotoxins are caused by bacterial decay and are responsible for respiratory diseases and restrictions in the pulmonary function in humans and animals. The objective is therefore to establish an innovative technological system which approaches the origin of (endotoxin-)emissions at the source and thus primarily within the stable – ideally even before they spread in the stable air. The project will be divided into two phases; analysis and application phase (see diagram). Both phases should run partly simultaneously and build upon each other. Various technologies are to be used, which in each case lead to a new product at the end of the phases.

In the analysis phase (I), the project partners have set themselves the goal to better understand the origin and development of endotoxins in the stable. First of all a new product will be developed based on the gained data and knowledge in the project: a monitoring and analysis tool, the so-called Endotoxin Dashboard, which provides an innovative way of diagnosing and predicting endotoxin occurrences within the stable. Via this dashboard the production cycle can be controlled manually or automatically, much in the same way as from a cockpit, to identify critical situations at an early stage and to work towards the reduction of endotoxin emissions in the case of one. Any livestock owner can use this dashboard for their daily work without further requirements.

In the application phase (II) the focus lies on resolving the endotoxin issue at its source by implementing innovative technologies of poultry farms and – also on the basis of the findings and results from Phase I – by developing and testing an integral system for the greatest possible prevention of endotoxin emissions: the Endotoxin Reduction Tool.

BEL AIR is implemented under the INTERREG V A programme Deutschland-Nederland and co-financed by the European Regional Development Fund (ERDF) and the Ministerium für Wirtschaft, Innovation, Digitalisierung und Energie NRW, the Dutch Ministerie van Economische Zaken en Klimaat and and the provinces of Gelderland, Limburg sowie Noord-Brabant. It is accompanied by the programme management of the Euregio Rhine-Waal.