Brand meat program for the integration of animal welfare 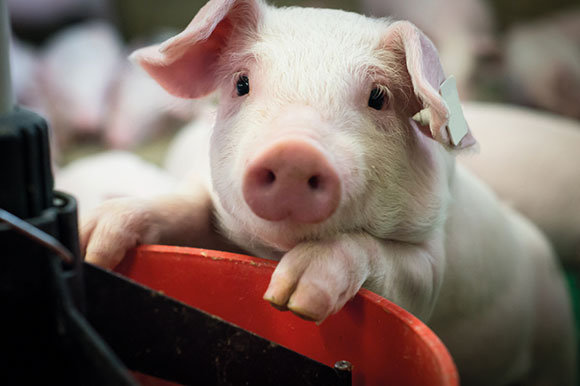 In a multi-step process, measures and criteria for the integration of animal welfare aspects into the production guidelines are defined. In order to ensure compliance with the new requirements, it is determined how the existing monitoring system and the consulting services can be expanded and a fair distribution of the costs and benefits of the branded meat program can be ensured. Proposals for the drafting of contracts will also be drawn up, taking into account the contributions and benefits of all parties involved.

GIQS will coordinate the project, which has a funding volume of 1.4 million euros and in which the Abteilung Marketing für Lebensmittel und Agrarprodukte at the University of Göttingen, the Institut für Tierwissenschaften at the University of Bonn, the Vermarktungsgemeinschaft für Zucht- und Nutzvieh eG as well as the Fleischwerk EDEKA Nord GmbH. In addition, GIQS implements target group-oriented measures to disseminate the results and findings of the project.

MarkiT was funded by the undesministerium für Ernährung und Landwirtschaft and the project management agency Bundesanstalt für Landwirtschaft und Ernährung on the basis of a resolution of the German Bundestag. Funding is provided from the Federal Government’s special-purpose assets at Landwirtschaftliche Rentenbank.

More information can be found in the MarkiT-Infoflyer, which you can download here.