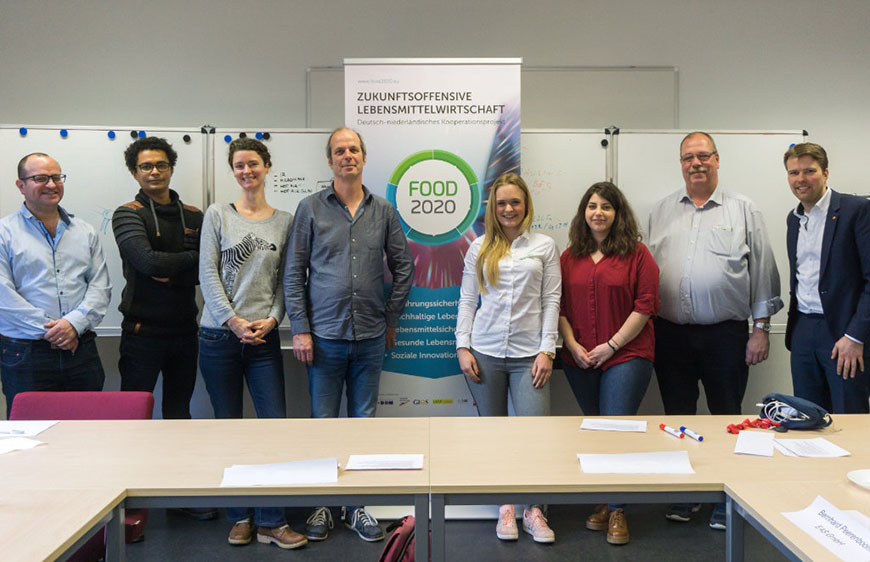 The German-Dutch innovation project Cook.3D has officially started with a kick-off event. Representatives of the four cooperation partners met at the Hochschule Ruhr West (University of Applied Sciences) in Bottrop to jointly plan the next steps in the project. Cook.3D was already approved last year together with the second phase of the German-Dutch INTERREG project FOOD2020. The Cook.3D consortium is developing a kitchen robot that combines 3D printing and preparation technology and automates the printing process using intelligent algorithms.

wo German and two Dutch partners are going to work together on the project until mid-2020. The Hochschule Ruhr West with its FabLab, located in Bottrop, will assume the role of project coordinator. The second partner, EAS GmbH from Rheinberg, which specializes in automation technology, also comes from North Rhine-Westphalia. From the Netherlands, the 3D printing specialist VormVrij 3D from Afferden in the province of Limburg and the catering company Progress Events from Groningen are involved in the project. Together, all partners have a budget of around 250,000 euros at their disposal, of which the partners receive around 50 percent of the sum as subsidies. The Cook.3D project is accompanied by the project office GIQS e.V. as one of seven FOOD2020 regional partners.

The German-Dutch project consortium is going to jointly develop the prototype of an innovative food 3D printer in the coming months. The challenge in 3D food printing is the widely varying viscosity of the pasty base materials, so that parameters such as pressure, temperature or printing speed often have to be readjusted manually during the printing process. In the Cook.3D project, the feedback of the printing results is now to be solved by means of intelligent sensors and algorithms that jointly provide a feedback loop and thus automate the process. In addition, the project consortium wants to integrate cooking functions into the 3D printer, so that at the end of the development there is an intelligent kitchen robot with which whole meals with several components can be produced and prepared ready.