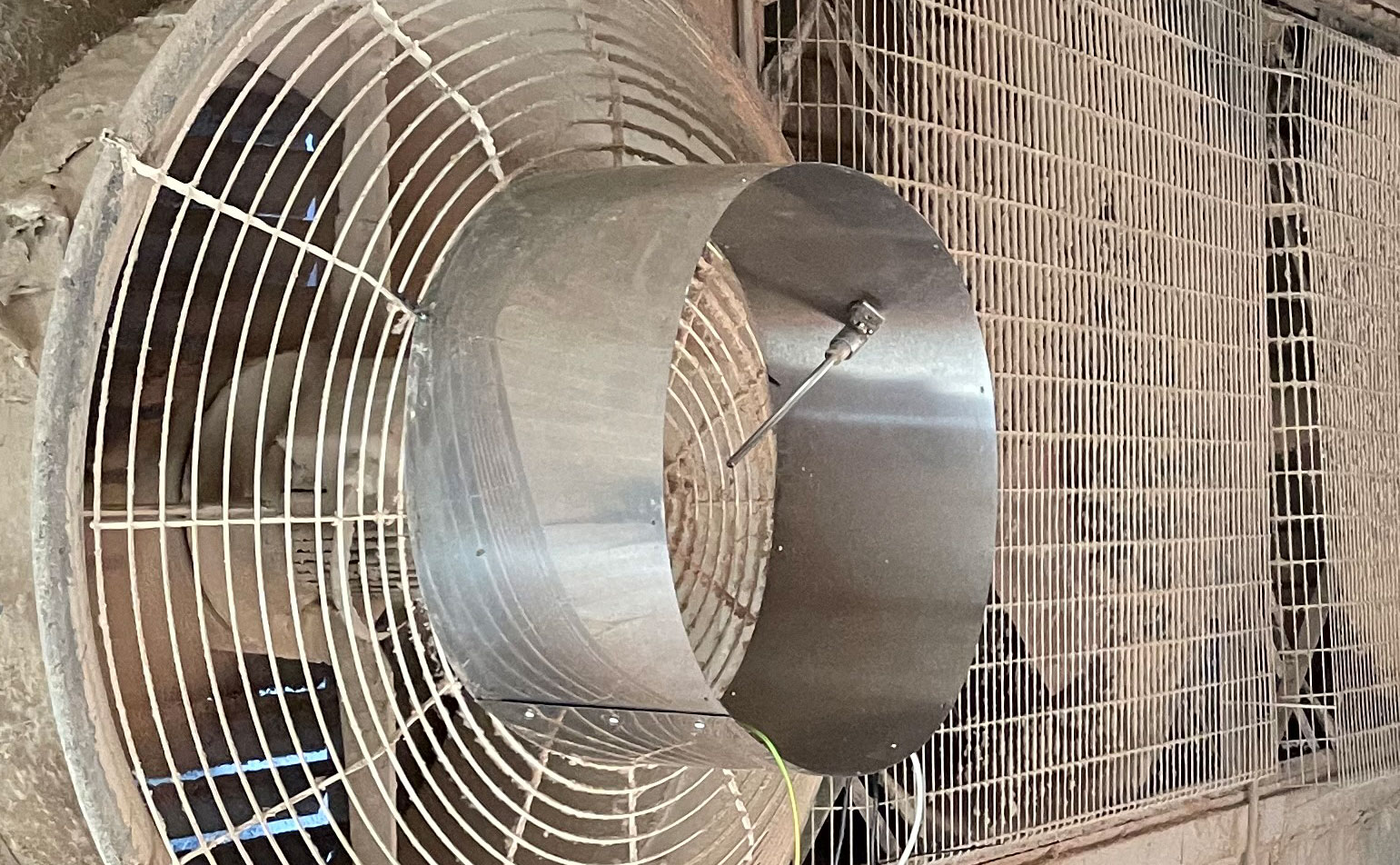 Within the German-Dutch INTERREG project BEL AIR, in which solutions for clean and healthy air in poultry farms are being developed, numerous sampling and air measurements were carried out by the eleven project partners. In the process, an adapted and further developed sensor was used, which can continuously measure the fine dust concentration in the house without any maintenance effort – an important success for the German-Dutch cooperation project.

Feinstaubsensoren sind normalerweise für vergleichsweise weniger spezifische Anwendungsbereiche wie Arbeitsplätze Fine dust sensors are normally designed for comparatively less specific application areas such as workplaces or city centres. Poultry houses, however, pose a special challenge with their extreme dust exposure: the fine dust pollution there is usually 10 to 15 times as strong as in office environments. Fine dust is generated in poultry, for example, by the feed, the animal itself or its manure, and spreads throughout the entire house. This effect increases in the course of the fattening period and peaks after about half of it. When the animals become heavier and move less, the dust load subsides again.

Normale Sensoren setzen Normal sensors very quickly become clogged with dust and their measurements are then no longer reliable because they transmit no data at all or incorrect data. For this reason, BEL AIR project partner Kewi Services took a sensor model as a basis, which is used in silos, for example, to prevent dust explosions. The sensor comes in the form of a probe that uses a magnetic field to measure the number of dust particles in its immediate vicinity. In the project, the sensor has now been further validated, developed and adapted to the extreme conditions in poultry houses.

For the first time, the sensors can take continuous measurements without clogging up

Due to the special conditions in poultry houses, the sensors must always be adapted to the respective conditions. Each sensor requires a constant air flow in which the measurements are taken. Outgoing emissions can be measured directly in the defined ventilation system inside the house. For measurements of the fine dust concentration inside the barn, additional fans must be used to provide the corresponding air flow. BEL AIR project partner Kewi Services has extensively tested and validated the novel sensor during the ongoing technology tests in the project. It can be in operation 24 hours a day, 365 days a year, without getting dusty and needing to be cleaned.

In addition, the sensor was connected to the dashboard developed by BEL AIR project partner Whysor in the project, where the collected data is evaluated and graphically processed with the help of AI algorithms. “This gives farmers the opportunity to carry out more precise analyses on the causes of increased particulate matter pollution in their barns and to react directly to it,” says Kewi owner Erwin van der Wielen. Linking with other barn sensors is also possible in the dashboard. “In the future, the sensor can be used in a wide variety of environments – including all types of animal houses – as it has been successfully tested under very extreme conditions,” adds Kewi lab technician Johan Keersemaker. There is already a lot of interest in the model among livestock farmers, so Vewi Techniek, a subsidiary of Kewi Services, plans to bring the sensor to market as soon as possible after the end of the project.