Presentation at the Ministry of Economics NRW 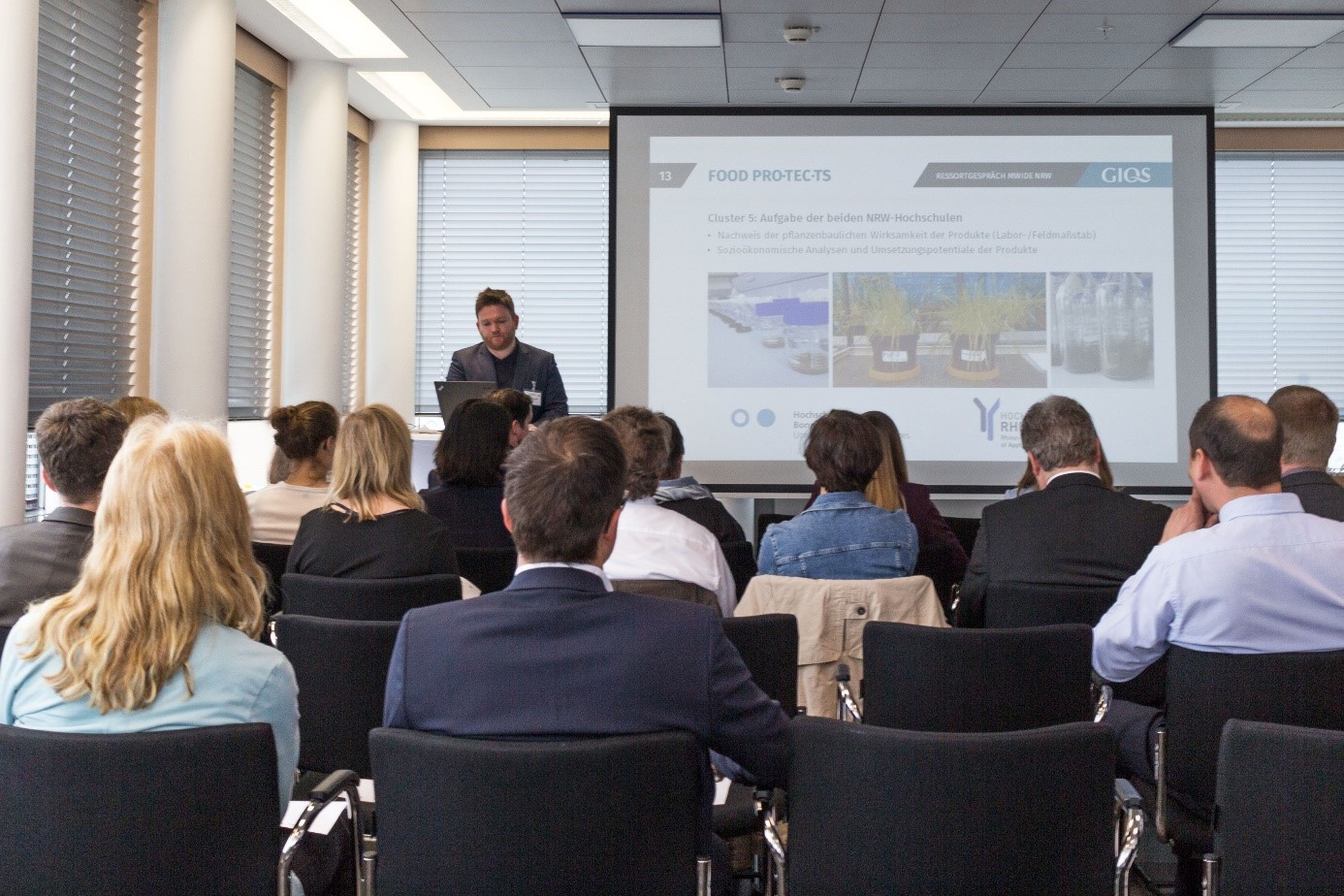 Dr. Oliver Breuer presents the interim results of the current INTERREG V A project Food Pro·tec·ts and dares to take a first look at possible topics of the upcoming funding phase | Source: GIQS

Representatives of GIQS were invited to report on the progress of the INTERREG project Food Pro·tec·ts at the end of April during a departmental meeting at the Ministerium für Wirtschaft, Innovation, Digitalisierung und Energie (MWIDE) of North Rhine-Westphalia (NRW).

The meeting took place on the occasion of the halfway point of the current funding phase of the European Territorial Cooperation (ETC), short INTERREG V (2014-2020) and informed about the state of affairs in the programmes INTERREG V A Deutschland-Nederland, INTEREEG V A Euregio Maas-Rhein, INTERREG North-West Europe and INTERREG Europe.

Dr. Oliver Breuer, project manager for the project Food Pro·tec·ts at lead partner GIQS, presented the content and goal of the German-Dutch cooperation project to the attendees and gave an insight into the first results and successes of various work clusters with North Rhine-Westphalian participation.

Another topic of the discussion was the outlook for the future of the INTERREG programme. It was reported that the committees of the German-Dutch INTERREG programme recently formed a preparatory group for the forthcoming INTERREG VI period, which is expected to start in 2022. GIQS is also preparing for the future funding period, as Dr. Oliver Breuer reported at the end of his presentation. Thus, the GIQS network has begun to launch a survey on topics that are likely to play an important role in the agricultural and food sector over the next ten to fifteen years. Breuer presented the first results of this survey to those present in Düsseldorf.

Food Pro·tec·ts implemented under the INTERREG V A programme Deutschland-Nederland and co-financed by the European Regional Development Fund (ERDF) and the Dutch Ministry of Economic Affairs, MWIDE NRW and the provinces of Gelderland, Limburg and Noord-Brabant. It is accompanied by the programme management of the Euregio Rhein-Waal.