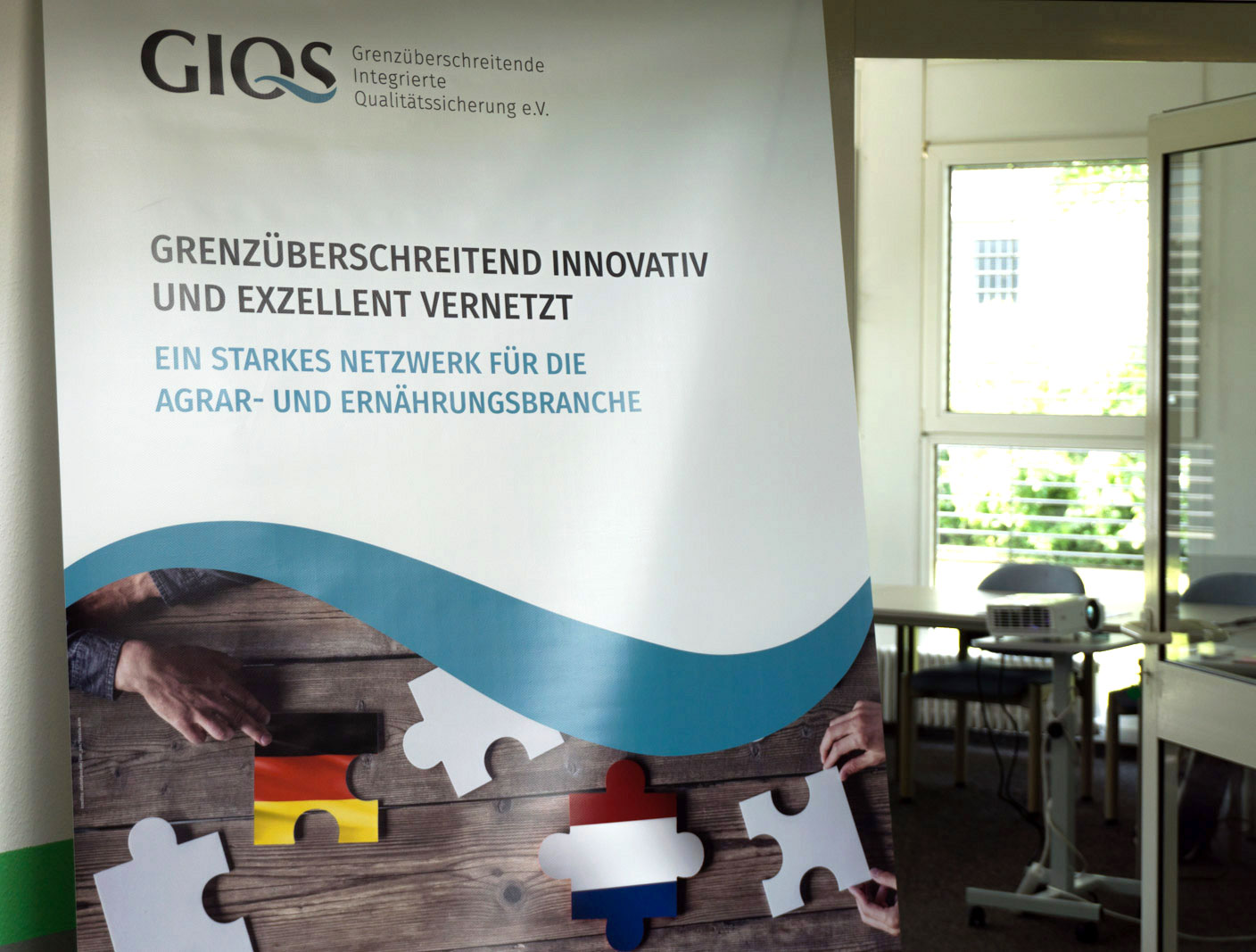 In the presence of representatives of various member organizations and the Supervisory Board, this year’s GIQS General Meeting took place at the end of May in the Technology Center Kleve. In addition to a review of 2018 and the outlook for the current fiscal year, the agenda included the elections of the Executive Board.

Dr. Oliver Breuer, CEO, and his deputy Tim Mäkelburg explained the business development of GIQS in the past year to the members present. With the ongoing projects Food Pro·tec·ts and FOOD2020 as well as the BEL AIR launched in 2018 and the completed MarkiT, the GIQS team was well utilized last year. All projects went largely according to plan and showed good (interim) results. In addition, the GIQS team was busy at the end of 2018 and beginning of 2019 with two additional project applications as well as advance planning for the coming INTERREG phase from 2021, which will also be an important area of activity for the team and the Executive Board in the second half of this year.

Another item on the agenda was the re-election of the Executive Board. Dr. Oliver Breuer, the previous Chairman of the Management Board, initially drew a positive balance of the work of the Management Board in the past year. According to Breuer, who also spoke for his colleague on the board, Mäkelburg, the cooperation with the team, the supervisory board and last but not least with each other continued to function excellently. Important goals were achieved and significant new goals were defined. The chairman of the supervisory board, Prof. Dr. Brigitte Petersen (University of Bonn), therefore proposed to re-elect the two-member executive board, which was confirmed by the general meeting. Both board members accepted the election and thanked for the renewed trust.