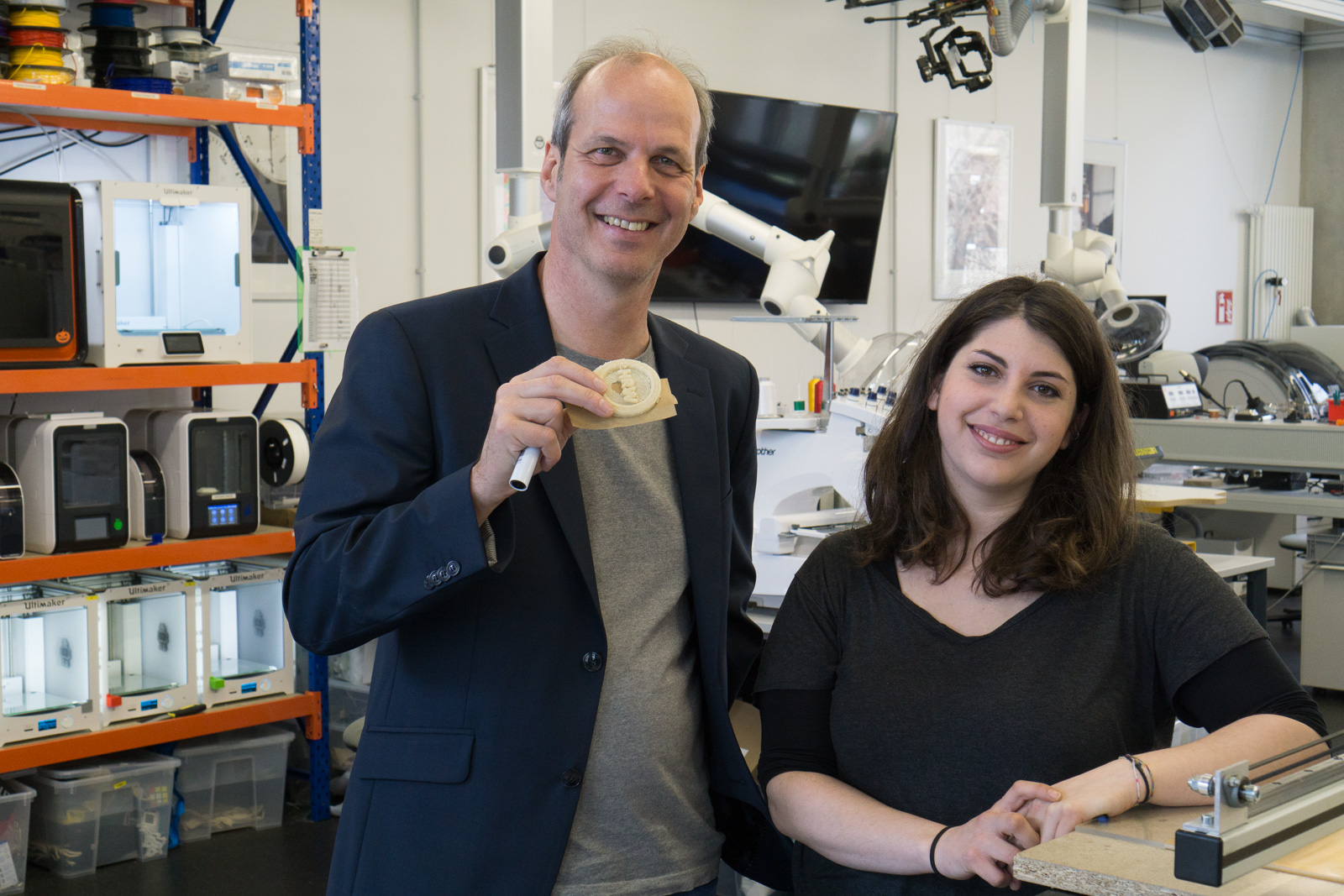 The innovation project Cook.3D initiated and supervised by GIQS within the INTERREG project FOOD2020 is in its final stages. By the end of August, the German-Dutch consortium of four partners will develop the prototype of a kitchen robot with an integrated 3D printing process for the automatic creation of individualised food products.

Since the end of 2018, the four project partners – Hochschule Ruhr West, VromVrij.3D, EAS GmbH and Progress Events – have been working together on a new approach to 3D printing of food. The main goal is to overcome the two major disadvantages of currently available 3D food printer models. For example, most models require a great deal of technical and practical experience to operate them in order to make the best use of them. In addition, the printers are often difficult and time-consuming to clean. The challenge of the German-Dutch project consortium was therefore to build a machine that combines the advantages of greater automation of a control system and the cleanliness of a new concept for the print head: a clean and hygienic 3D printer for food that can be used by anyone, regardless of their level of technical knowledge.

The prototype should be ready by the end of August 2020, according to leading developer Gaia Di Martino from the Ruhr West University of Applied Sciences in a recent video interview, which was conducted in the run-up to the 3D Food Printing Conference, which will take place on 26 November in Venlo, the Netherlands. Gaia Di Martino will be one of the speakers at the conference, which will be organised for the seventh time in 2020. Before that, however, the process engineer will present the project results on the 21st of August 2020 in a master class in Groningen, the Netherlands, organized by Cook.3D project partner Progress Events.vents.