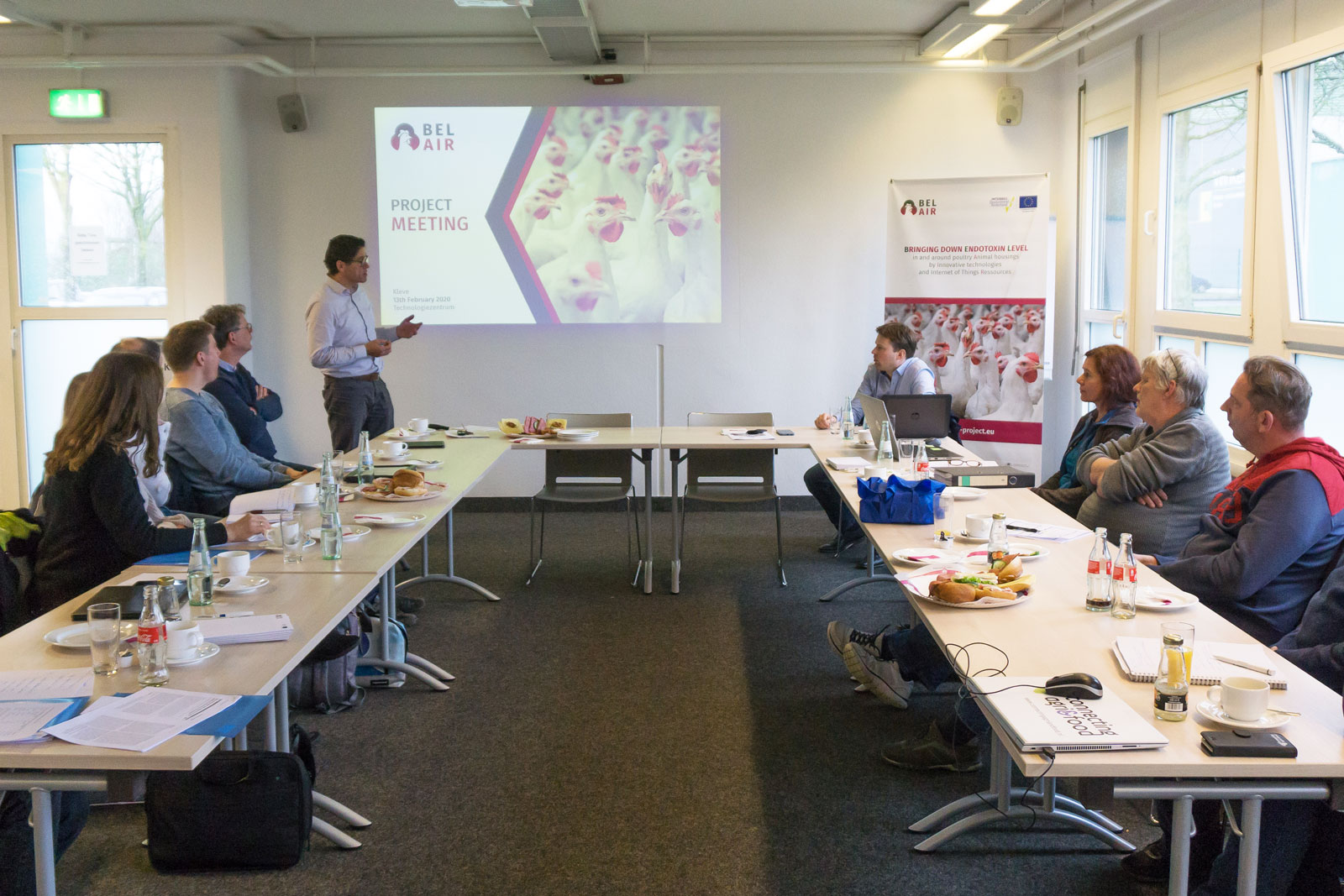 The BEL AIR project partners presented their activities in Kleve.

On the occasion of the mid-term of the BEL AIR project, representatives of all nine project partners met in mid-February 2020 in the Technology Centre Kleve to exchange information on the activities and progress made so far.

GIQS project manager Tim Mäkelburg welcomed everyone present and first gave an overview of the current developments and latest investigations on the topic of endotoxins in poultry farming. The endotoxin problem is still an important topic in the Netherlands and has often been the cause of conflicts between farmers, residents and municipalities in recent months. This is also shown by several news articles and information events on the subject, which are published or organised on a regular basis. The German public, however, has not yet grasped the issue – even though the suspected harmful effects on animals, workers and local residents also apply to Germany. In 2019 a number of reports and studies were published in the Netherlands again, according to which the evidence for a connection between endotoxins and lung diseases continued to increase.

After the introduction by Tim Mäkelburg, representatives of the eight project partners presented their implemented and planned activities to reduce endotoxin emissions in and around poultry houses. To this end, various technologies have been installed in several test houses in recent months. Currently, different tests are being carried out to investigate the effect of the technologies on the endotoxin occurrence. In parallel, however, further work is being done to prevent the formation of endotoxins even further at the source. This is mainly done by investigating the influence of drinking water and feed in more detail. The project also includes activities that aim to make the release of endotoxins predictable in the medium term with the aid of sensors and software.

The eight project partners will continue their investigations in the German-Dutch border area until the end of 2020. First results on the potential of the tested technologies are expected in the summer.